How to bring awareness and create sensitive change through a mall activation?

A stitch in time saves nine, so goes the adage – one that is especially true in the case of drug abuse – an issue that has become a worldwide challenge, calling upon nations to come together in a concerted effort to create awareness and bringing about change.

It is true that the collective need for change takes place when we first become aware of the challenge.

The Ministry of Interior, Bahrain conducts the International Day Against Drugs

As is known, June 26 is The United Nations’ International Day Against Drug Abuse, and the day is specially marked to bring people and institutions together for responding to the situation that has gripped everyone, across the world.

With the definite purpose of creating this awareness, addressing, commemorating the special day and educating people about the evils of drug abuse, The Ministry of Interior, Bahrain, planned and organized a 5 -day program and was decided that a mall activation would be the platform of communication for the cause.

The Ministry of Interior, Bahrain specified that the purpose of the mall activation was to spread awareness about drugs, its ill effects and to bring about a positive realization in the minds of the target audience, which were families and school children.

Miraj Media’s expertise in undertaking sophisticated projects is well-known and it has established  as the design agency that introduces fresh creativity in complicated scenarios. That we’re able to handle sensitive mandates with clear headed designs is our differentiator. 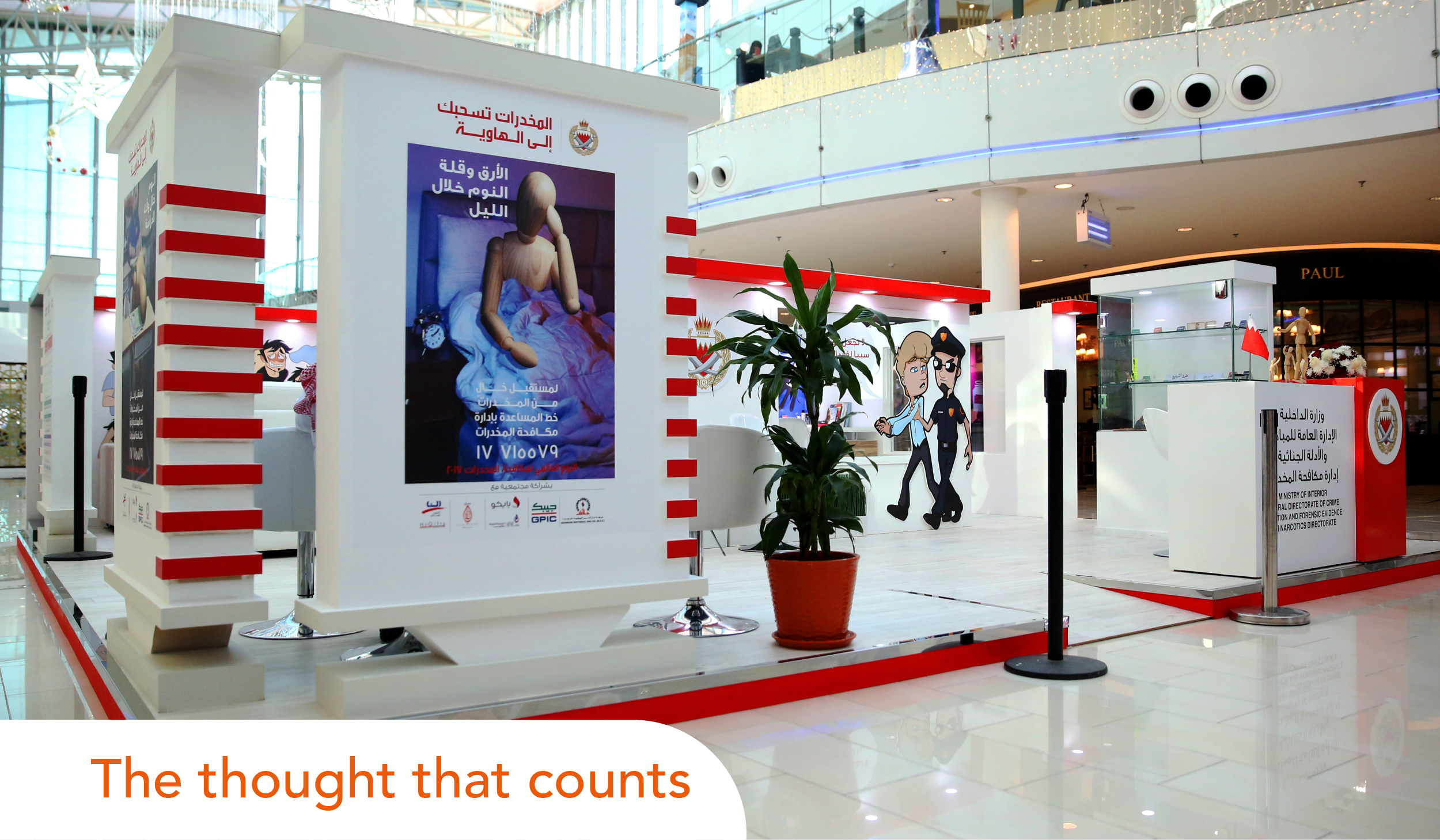 The thought that counts

The challenge was communicating a critical issue like drug abuse to children, the toughest audience to appease. This required simultaneous efforts on two fronts: the message does not lose its gravity, and the kids don’t lose their interest. The objective was to keep the both active. While highlighting a serious issue, the medium still had to have the fun element to keep the kids attracted to attend. Pictures catch the kids’ fancy fastest, and hold it for the longest, and that was exactly what it was finally decided to go with: animated posters and cutouts, telling them how drugs could negatively affect their lives.

The team at Miraj Media presents a couple of design concepts that best suit the brief, however, in this case the very first design was an accurate and highly impressive layout, one that prompted the client to green light at the first go.

Creating a channel of exchange

Giving out a strong message that abuse harms in more ways than one, the visuals aimed to push the message that prevention is better than cure. Not an issue that could simply be conveyed through lighthearted communication, Miraj Media planned for the stand visuals to drive through the message implicitly. 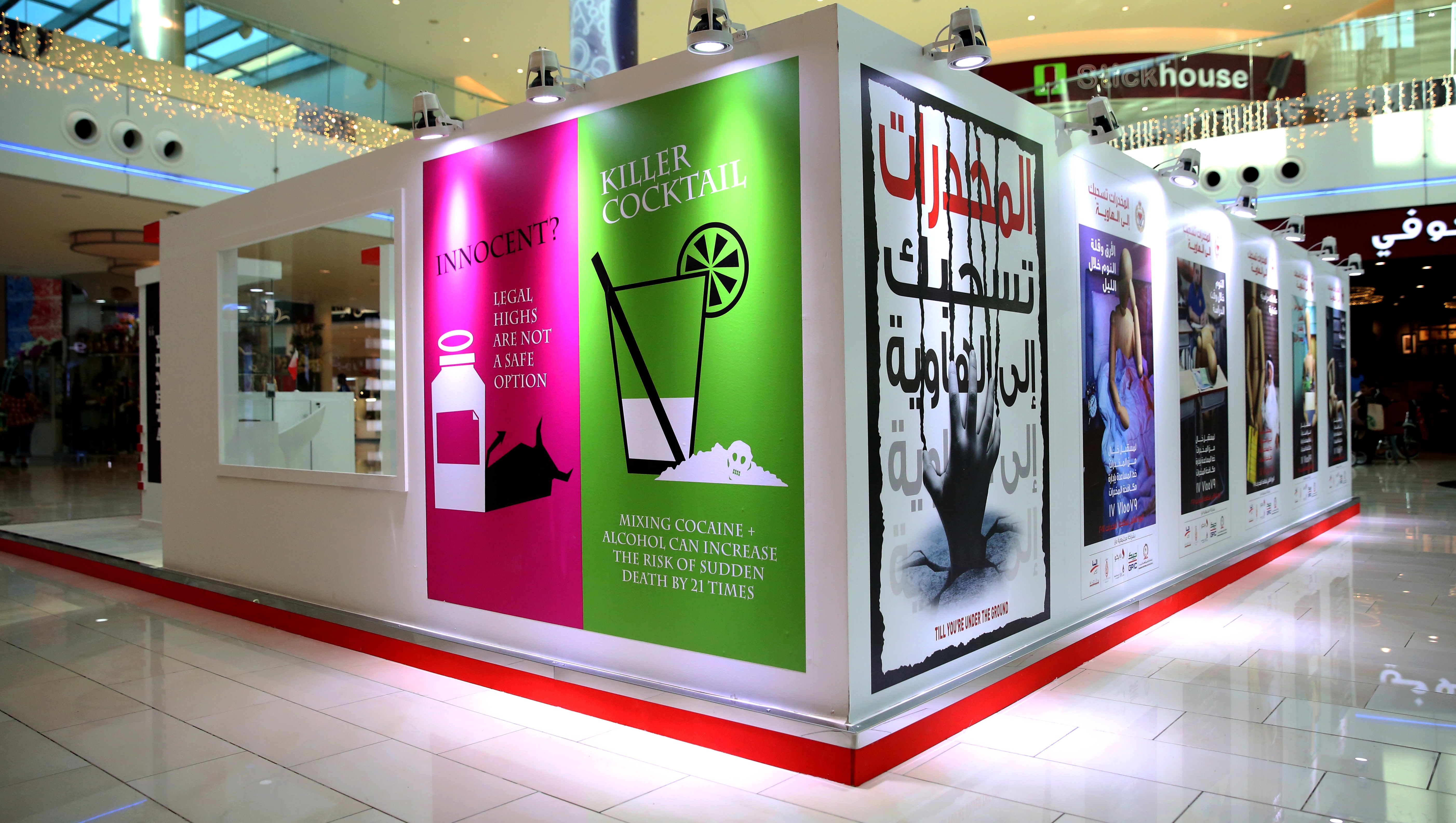 Children love stories and our posters exactly did that – tell them one in a nice captivating manner! “If you use drugs, you will sleep in  classrooms, would not score good at exams, and finally you will be in depression.” Creative cutouts depicting the consequences of drug abuse in the Kingdom – kids love pictures after all. 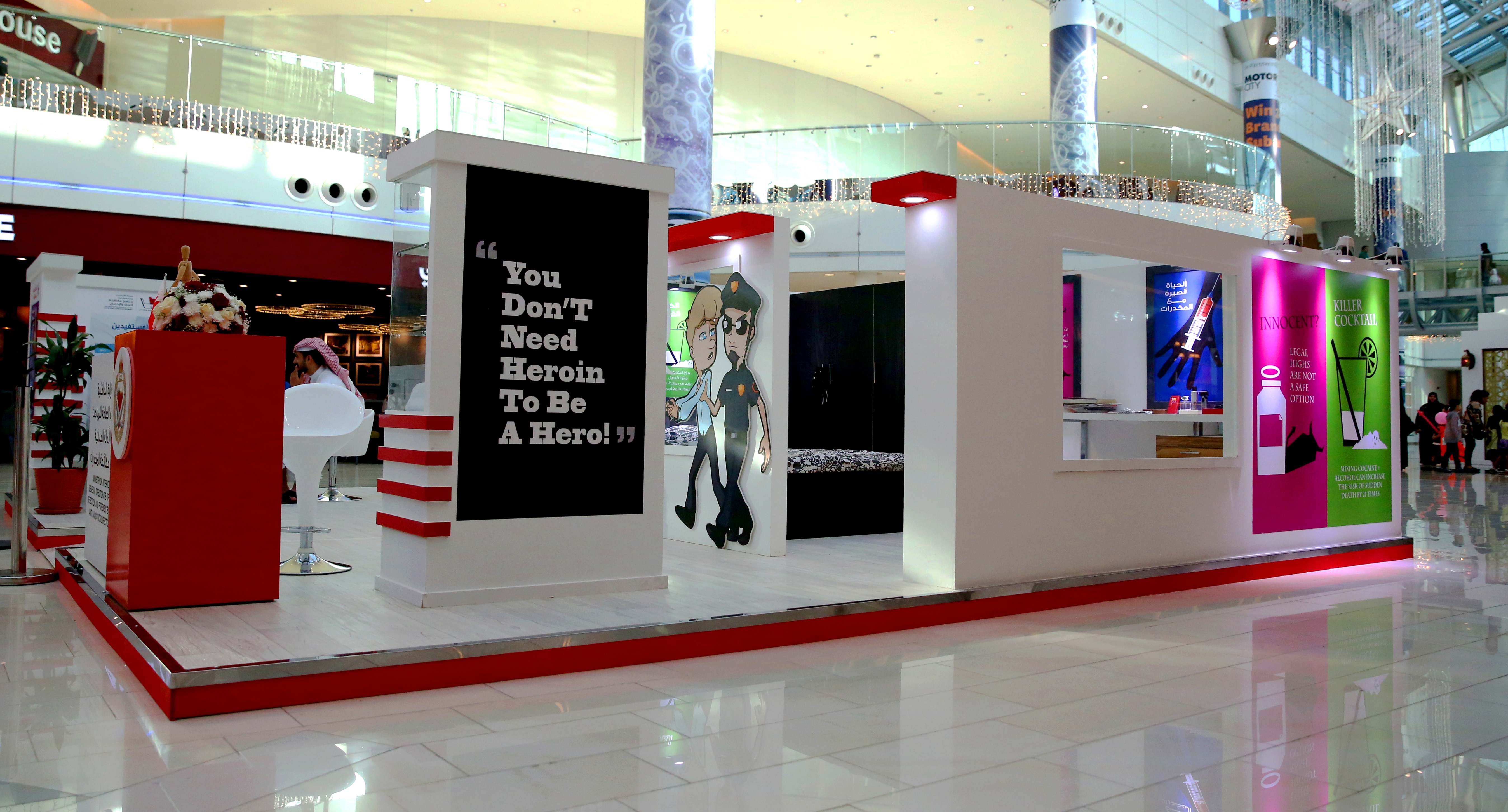 Posters depicting creative slogans like ‘You don’t need heroin to be a hero’ were put up on the stand. A statement clearly made; the message well delivered.

The campaign effectively worked to showcase the extensive efforts by the ministry as well as emphasize the menace besides empathizing with the victims of abuse. Like always, Miraj Media achieved the goal it was set out for as well as served to address the broader issue. A fact that The Ministry of Interior, Bahrain vouched for as well. This is what the ministry had to commend about us 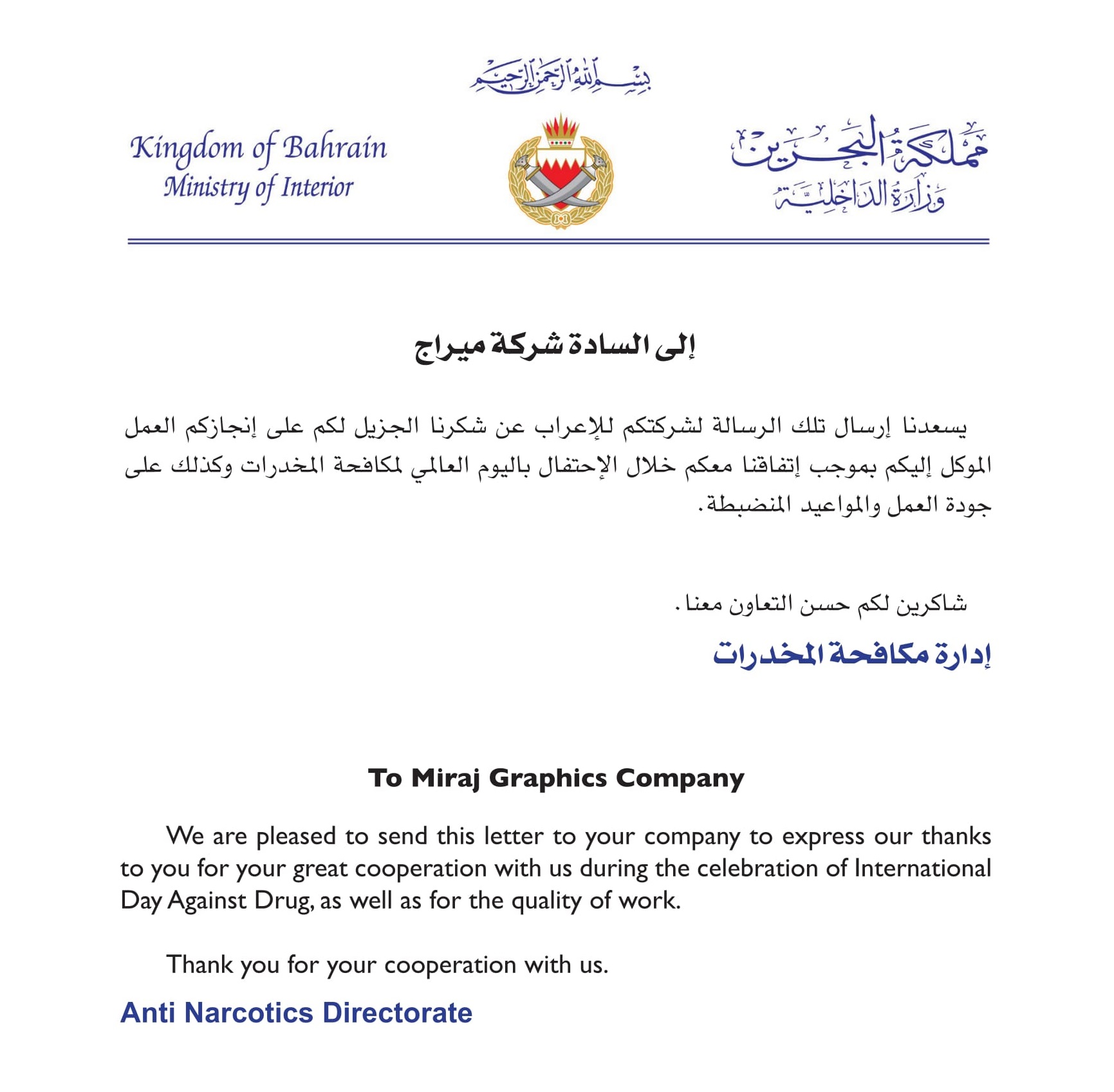 Once again, an accomplishment well orchestrated.